Are you going to travel to Pattaya from Bangkok?

One of the easiest and most economical ways is the bus. Most people departing Bangkok for Pattaya use the bus.

How to get from Bangkok to Pattaya by bus?

Buses between the two cities have a regular and frequent service, with several buses leaving every day, so it is not difficult to find a ticket. However, it is always best to book well in advance and you can do it HERE with Bookaway.

We returned to Bangkok for the second time in January 2019. This is one of our favorite cities, we love Bangkok for its energy, for being great for mixing the old with the new and we never get tired of visiting this city. This time as we came from an internal flight with Airasia we arrived at Don Muang Airport. We stayed at Le siam hotel once again, as we said the first time, it's a simple, clean hotel with an excellent breakfast and the best of all is its location.

As we went with friends, we went back to visit some places that are mandatory for your visit and we don't mind visiting them more often, such as:

These places are mandatory to your visit. Once again we used public transport, metro and boat to get from our hotel to the Grand Palace area and then walk the rest of the route on foot.

We went back to the Floating Market that we like the most, the Tailing Chan Floating Market, we called a Grab (same as Uber) and took the boat tour that leaves the market.

You can see more information about the places we went to on our previous visit to Bangkok HERE.

The Asiatique the Riverfront is also a place to repeat, as are Lumpini Park, Golden Mountain and Chinatown.

One of Bangkok's secrets is the fantastic island of Bang Krachao. Was the first time we went there and it was one of the best days we spent in Bangkok. As it is considered one of the city's secrets, it's not known how to go so easily, but we explain how.

As the name implies it's an island in the middle of the big city of Bangkok, where you will find a completely rural area, parks, canals and little traffic. Get ready to cycle all day, as this is the best way to get to know and enjoy the island.

To get there we called a Grab to Khlong Toei Pier. Then, as soon as the Grab arrives, you are immediately approached by families exploring bicycle rental on the other side in the island. You go with them in the small, but very small boat, you get off right where you rent the bikes. The process afterwards is very simple, they give you a map of the island with some routes to pass through some parks and temples, leaving a small amount and money for deposit and go for the adventure. It's tiring because it's hot, but it is a really well spent day. If you go on the weekend you also have a floating market on the island that is mostly frequented by locals.

Bangkok's night continues with that energy that only those who have been there know. Once again we went to the Silom area to Soi 4, where most of the LGBT bars are located. You can see HERE our first visit to bars in this area such as Connections and the famous and spectacular disco DJ Station.

Bangkok always deserves a visit and there is always something new to discover and visit. It was the second time in this wonderful city and we hope to return again.

See also our tips on Thailand in the tab TRAVEL TIPS.

AND ALSO THE TAB BANGKOK by NIGHT 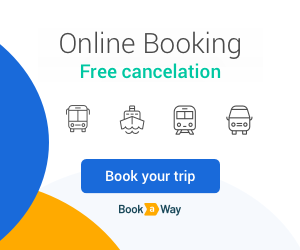